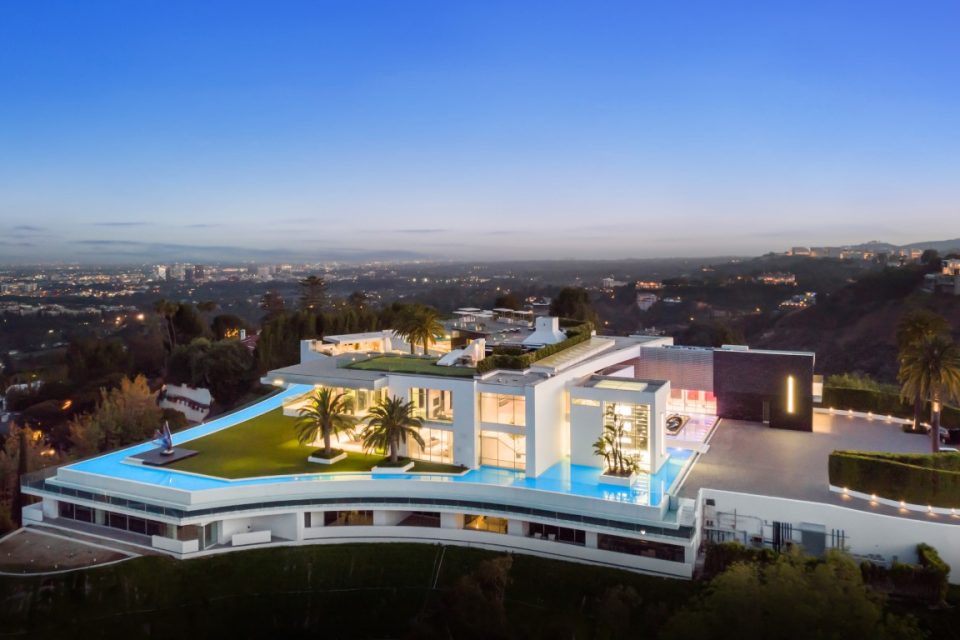 One of the world’s most expensive homes, appropriately named “The One,” has just hit the market at $295 million. The One is featured this week at TopTenRealEstateDeals.com. Photos with agent permission available for media use at: America’s Most Expensive Home (Permission for use is only granted if the media outlet credits TopTenRealEstateDeals.com with a direct link to our article or a source mention in print media)

One of the world’s most expensive homes, appropriately named “The One,” has just hit the market at $295 million. Once projected to list for as much as $500 million, construction ran several years late causing financial issues for the developer. If The One sells anywhere near the $295 million ask, it would be the most expensive home ever sold in California, well over the $177 million that venture-capitalist Marc Andreessen paid for his Malibu mansion in 2021 and the $165 million that Amazon CEO Jeff Bezos paid in 2020 for his Beverly Hills estate.

Perched on a promontory with 360-degree panoramic views of the Pacific Ocean, downtown Los Angeles and the San Gabriel Mountains, the Bel Air mansion is surrounded on three sides by a moat and measures in at a mind-boggling 105,000 square feet - almost twice as big as the White House. Located on 3.8 acres, the house, which was actually raised during construction to further optimize the views, includes 21 bedrooms and 49 baths.

Highlights of The One include five outdoor and indoor swimming pools with the moat encircling three quarters of the exterior, a massive nightclub, full-service beauty salon, wellness spa, 10,000-square-foot sky deck, 400-foot private outdoor running track with a glass-walled view of the city, and a private theater with seating for over 40. In addition to ownership of one of the world's most spectacular homes, the property also includes butterfly artwork by Stephen Wilson, an Oto Murano chandelier by Vistosi, a rotating statue by Mike Fields, and a glass sculpture by Italian artist Simone Cenedese. There is also a two-story library/office with a balcony and water features touching three windowed walls, and parquet flooring. Add in a custom bar with a smoked-mirror backsplash and marble countertops, a cigar lounge,  four-lane bowling alley, putting green, wellness center, gym, a 64-foot indoor pool with juice bar, tennis court, 10,000-bottle wine cellar, and a 30-plus car garage with two car-display turntables.

The property is listed by Aaron Kirman of Compass, Beverly Hills and Branden and Rayni Williams of The Beverly Hills Estates, Beverly Hills, and will go to Concierge Auctions, which if not sold prior, will be held online on February 28th.