Victoria's Secret dumped hundreds of bras outside a recently closed store, and it reveals a dark truth about the fashion industry 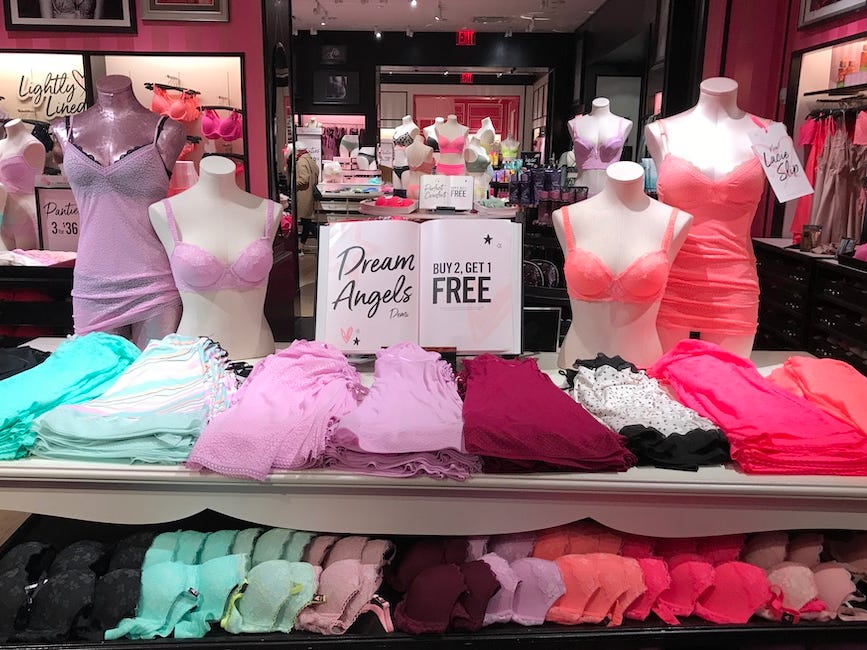 Melanie Gelinas was taking the trash out one night this week near her apartment in Centennial, Colorado when she spotted a few bras discarded on the ground near the dumpster. When she walked closer toward it, she noticed that there were piles of Victoria's Secret bras that had been thrown away.

"It had to be hundreds," Gelinas, the owner of a South Philly Cheese Steaks restaurant in nearby Cherry Hills Village, told local news site 9News this week.

"These are all going to a landfill. They could be going to a homeless shelter or a battered women's shelter," she added. "I just felt like it was such a waste of money and, you know, wouldn't a mom like to get a brand new bra from Victoria's Secret who's living in a shelter?"

"We are sorry for how this may appear," the spokesperson said in a statement emailed to Business Insider. "Because this store was closing, we damaged out sample products including bras from our fitting rooms. All remaining inventory was reallocated to other stores."

This incident is an example of a concerning tactic adopted by retailers where some often choose to throw away clothing that would be considered to be unsellable but not unusable rather than donate it. Several other major brands have been called out for doing similar things in the past.

In 2017, a New Yorker spotted trash bags full of Nike sneakers discarded outside its store in Soho and found that the sneakers had been slashed from front to back to render them unwearable. Nike didn't explain why the shoes were slashed but said that they were not suitable for resale or donation so were discarded.

Outdoor wear store Eddie Bauer was slammed on social media in 2017 after a shopper shared photographs of piles of its $200 to $400 coats and blankets cut up and thrown in the trash outside one of its stores in New York. At the time, the company confirmed the incident but said it was not company policy.

Well-known brands often resort to these extremes to prevent their products from ending up in thrift stores or the off-price channel to protect their brand image.

In some cases, stores have also resorted to burning excess inventory just to keep it out of these channels. H&M previously sent unwanted inventory to a power plant in Sweden, where the clothing was burned instead of coal to create energy. It said at the time that the burned items did not include usable clothing — only clothing that was unsafe for consumers.

Luxury brands are some of the worst offenders here. In July 2018, British designer brand Burberry revealed in an earnings report that it had destroyed $37 million worth of unsold clothes and accessories in order to protect its brand. The news sparked an outcry on social media and Burberry issued a statement shortly after confirming that it would stop using this process.

Not only could these garments be donated and used again but the environmental cost of these items ending up in a landfill or being incinerated is also significant.

It takes 2,700 liters of water to produce a T-shirt alone, helping to make the garment industry the second-most polluted after oil, according to The World Economic Forum. And the US Environmental Protection Agency estimates that 26 billion pounds of textiles end up in a landfill each year; some of these items are made of fabrics that also never decompose.

In February 2019, a UK parliament environmental committee produced a report on clothing consumption and sustainability in the fashion industry, which was recently cited by the BBC.

According to the BBC, the report addressed the issue of incinerating clothing and said that this practice was causing harm to human health by "generating further emissions and air pollutants."

Ultimately, the committee advised the environment to ban the burning of clothes.