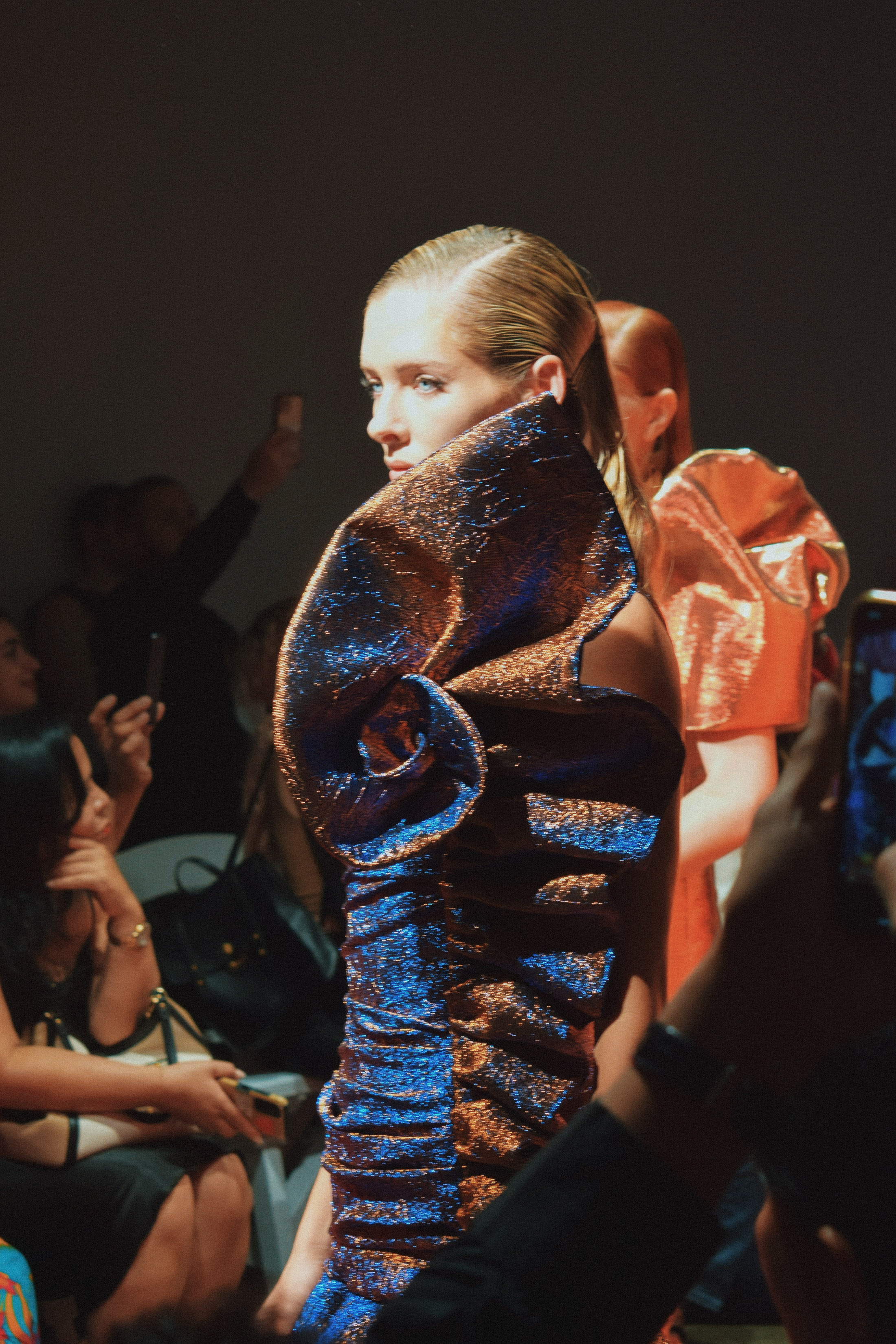 New York, NY, 2022 --(PR.com)-- Latin American designers are an indisputable force in the world of fashion. Headquartered in New York, the Federation of Designers of Latin America (FDLA) is a platform for brands and names to have their space in events such as New York Fashion Week.

In the latest edition of FDLA at NYFW, they proudly presented the inclusive, diverse and sustainable, curatorial approach that its initiative follows. Now more than ever, FDLA believes the future of fashion is LATAM.

This season, the official location for the FDLA shows is STUDIO 525, a luxurious space for art and fashion events in the Big Apple's historic West Chelsea Highline Arts District. Designers were presented with an admirable aesthetic narrative, hand-in-hand with ethical principles in production and consumption in the industry. The work of recognized fashion designers was presented at the FDLA shows this week, such as that of Agatha Ruiz de la Prada, who has been a solid supporter of the FDLA organization since its first editions. Also presented was the work of brands such as Toribio & Donato, from Costa Rica; Cubel, from Colombia; Indira & Isidro Jewelry, from Mexico; and Benito Fernández, from Argentina. In addition, was the work of emerging talents such as Carmen Seminario and Elizabeth Muñoz, from Peru; Carlos Benguigui, from Venezuela; Yosmany Larrea, from Cuba; and Virgilio Madinah, from Colombia.

The participants at the FDLA shows outlined a portrait of what can be assumed as the new sustainable urban luxury; one that deals with caring for the environment and practices that respect each link in the production process. Diversity was abound, with colors and vibe with allegories, the pop art of Ágatha Ruiz de la Prada, the contemporary impact of Toribio & Donato and Cubel, the robust goldsmith tradition of Indira & Isidro, the classic look at jewelry from Mansion de Perles, the pragmatism of Elan of México, and the couture notes of Virgilio Madinah.

Founder & CEO of FDLA Group Albania Rosario says, “On each runway, the eternal reflection of fashion as an art or craft came to mind. Some argue art has to do with eternal values and not with seasonal trends. But, it turns out trends are recycled, reappear and are reinterpreted, each time turning the streets into a gallery in constant movement and evolution. So, the arguments about whether textiles and fashion are art are also diverse. The important thing is that all the creators at FDLA create objects capable of making us better toward everyone and ourselves. That is the most important and all-encompassing trend.”

The Launch of Marcas Latam
During the same week, Ms. Rosario also led the launch of FDLA’s new Marcas Latam project, a platform for designers and brands to interact with a global audience and sell their products from anywhere, at any time.

“Latam Brands, Brands of Latin America, emerges to empower Latin American fashion designers and entrepreneurs to grow their businesses and pursue their dreams,” states Albania Rosario. “The initiative promises a retail revolution that will connect designers and consumers around the world in a unique shopping experience.”

FDLA and Marcas Latam go beyond social events to show status and social distances. They are platforms for the fashion industry in Latin America that understand and assume that inclusion and diversity, more than a slogan and a pose, must be today and tomorrow for everyone.
Compartir Compartir en Facebook Tuitear Tuitear en Twitter Hacer pin Pinear en Pinterest

The best vintage gifts for women this christmas
25 de noviembre, 2022