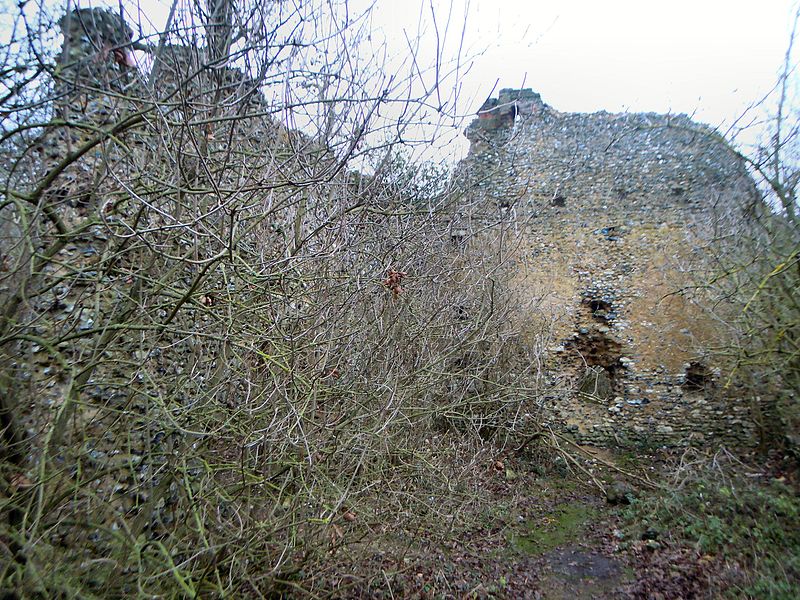 Fancy meeeting a headless horseman on the next All Hallows Eve? Then head on over to Minsden Chapel in Hertfordshire

Why do some of us enjoy ghost stories, horror movies and haunted houses? It’s a simple matter of chemistry. Fear is a biological survival mechanism. When we overcome fear, the brain releases several chemicals, such as dopamine, endorphins and serotonin, to ‘celebrate’ the achievement, which gives us a happy, and at times, euphoric feeling. Seeing as we’re all about pleasing our readers, check out our list of the ten most haunted locations in Britain that will absolutely kick your dopamine levels into overdrive!

Visitors to Minsden Chapel, a desolate-looking ruins on the hills of south Chapelfoot, has reported sightings of disembodied riders, ghostly apparitions, a nun and giggling bunch of small children – all staple themes of modern horror movies. Little is known of the early history of the chapel, but it was mentioned in William the Conqueror’s Domesday Book of 1806. According to the book, the chapel housed a priest, eight villagers, six slaves and two cottagers. There were several other records of Minsden between the 14th and 17th centuries, mostly concerning religious service held there.

Local legends claim that supernatural sightings tend to occur during the night of All Hallows Eve, so the chapel, which is only accessible by foot, tends to attract quite a few paranormal investigators and the curious sort on the day.

The tale began in 1748 when Sir Francis Dashwood, the 11th Baron le Despencer and former Chancellor of the Exchequer, hired labourers to carve through the soft chalk stones on a cliff face near West Wycombe village. The quarter-mile deep cavern was meant to serve as the headquarters of a gentlemen’s guild called Hellfire Club, which would go on to earn a notorious reputation. The men’s only club was abandoned a few decades later – but apparently, something else moved in – something that can cause temperatures to drop, growl menacingly and even throw pebbles at explorers. One legend has it that Hellfire Caves is haunted by the ghost of a young barmaid named Sukie who was the victim of a wedding prank gone wrong.

If you fancy getting a slap on the head, seeing unexplainable shadows and experiencing a general sense of discomfort, Samlesbury Hall might just be worth a visit. Built in 1325 by a member of the local gentry, the manor has proved to be a magnet for professional ghost hunters, including ghost-hunter Richard Felix and Most Haunted, the TV series shown on Sky Living in the early noughties. The spirits and apparitions though appear to be rather camera-shy!

The former royal palace, which was gifted by Cardinal Thomas Wolsey to King Henry VIII, has a crowded cast of phantoms, including the Grey Lady, the Screaming Queen and a few skeletal apparitions. The Tudor palace attracted fresh controversy in 2015 when a tour guide claimed to have captured images of the Screaming Queen, who is reputed to be Catherine Howard, Henry VIII’s fifth wife. She was sentenced to death in 1541 for adultery and treason.

Originally built to serve as a conventional Victorian cemetery, the Glasgow Necropolis is increasingly seen as a Gaelic version of the Egyptian City of the Dead – only significantly smaller, with less dead people and no mummies. However, the phantoms here have been accused of creating instantaneous mists and whispering in darkened corners. It doesn’t sound terribly frightening from the comfort of your home, but mists and disembodied voices tend to be more effective when you’re stuck in the company of hundreds of cemeteries and tombs. 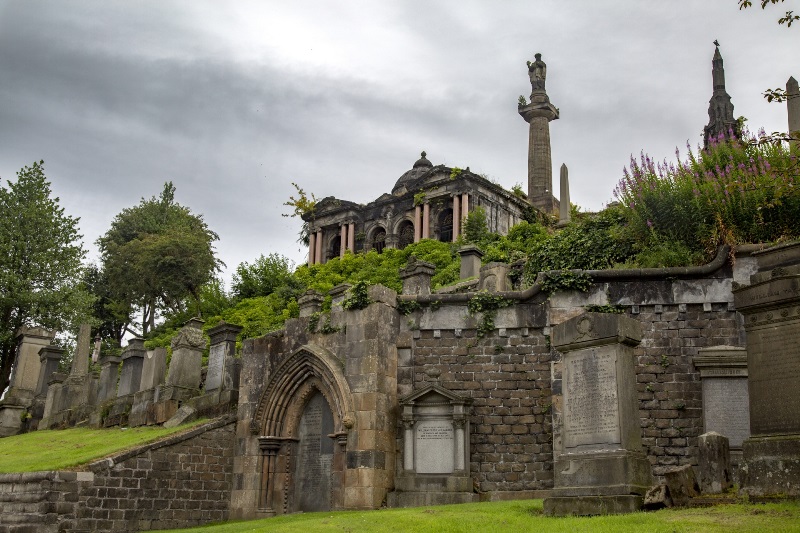 Berry Pomeroy Castle holds the honour of being the most haunted castle in the United Kingdom. Among the many phantoms one can expect to stumble across here, two, in particular, stand out – the White Lady, said to be the ghost of Margaret Pomeroy, the Blue Lady, reputedly an incestuous rape victim, and the bastard child Isabella, who sometimes follows visitors home. That hasn’t stopped thousands from visiting the Grade 1 listed castle every year though.

The crumbling, Gothic-inspired castle has it all – a headless horseman, a mysterious Tall Man at the Chapel and a poltergeist dwelling in the cellar – truly chilling. Not for the faint of heart. In October 2005, a team of paranormal investigators from the Severnside Centre for Fortean Research allegedly managed to record a hooded apparition on video. In case you’re itching for a taste of the supernatural, there are overnight ghost tours to the castle which you can book.

The most haunted house in the United Kingdom used to be the site of numerous despicable acts, including child sacrifice, black magic rituals and witchcraft. It’s unsurprising then that the Ancient Ram Inn has allegedly a large cast of noisy and mischievous phantoms and apparitions. Be warned though – a previous owner of the Grade II listed pub claimed that he was once dragged across a room there by evil spirits.

The ominous-looking Skirrid Mountain Inn has a rather contentious relationship with historians. Many have dismissed claims that the inn once served as a Court of Law during the Norman Conquest. Claims that it was used as a staging point for Owain Glyndŵr’s rebel army in the 15th century have also been challenged. Let’s not even mention the local legend of Skirrid Mountain, which overlooks the inn, being crushed by either God or the devil following the crucifixion of Christ. What we can tell you is, if you pass by the place at night, you might hear footsteps, whispered voices and even spine-tingling laughter!

This is arguably the most popular paranormal site in all of Britain. From the ghost of Henry VI to dark hounds and floating apparitions, the Tower of London will make even the bravest souls falter in the darkness of the night. Keep an eye out for the ghost of the Countess of Salisbury and the headless apparition of Anne Boleyn – they apparently like to re-enact their gruesome deaths