MOROCCO, MAURITIUS AND TUNISIA STAND OUT FOR THE AFRICAN CONTINENTAL SELECTIONS FOR THE BOCUSE D'OR AND THE PASTRY WORLD CUP.

The African selections of the prestigious gastronomy competition, Bocuse d'Or and the Pastry World Cup, were held respectively on September 9th and 10th in Dakhla, Morocco, and qualified the best teams for the Grand Finales that will take place from January 20th to 23rd, 2023 during Sirha Lyon. 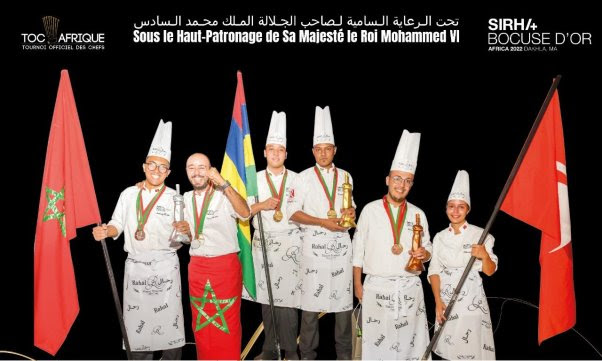 The podium of the Bocuse d'Or Africa 2022

Last step of the continental selections, the Bocuse d'Or Africa reveals the last chefs qualified for the Grand Finale after 5 hours and 35 minutes of competition to create two themes: a plate based on sea bream and a platter highlighting the lamb saddle..

For its first participation, Mauritius, represented by chef Kritesh Halkory and his commis Brady Ng Fuk Chong, won the first place. The team was able to make the difference for the theme on platter by using among the different dishesthe mouroum brede, a typical plant of the Mauritian cuisine. The Moroccan team, led by chef Faical Zahraoui and his commis Achraf Retbi, finished on the second step of the podium and thus took the final qualifying place.

MOROCCO, HOST COUNTRY AND WINNER OF THE 2022 AFRICAN PASTRY CUP 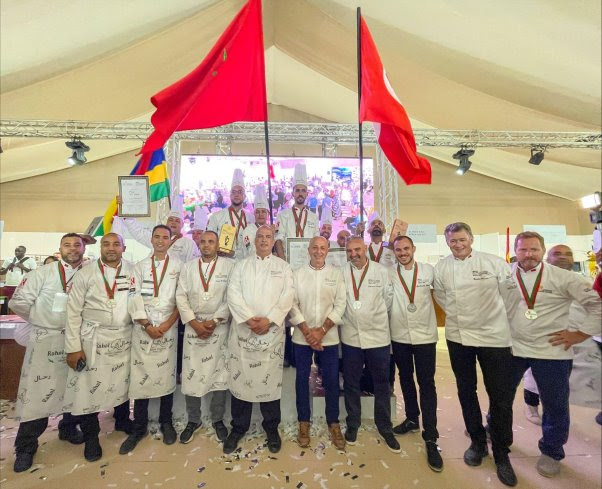 The podium of the 2022 African Pastry Cup:

On Saturday, September 10th, after 5 hours of intense competition, Morocco, Mauritius and Tunisia qualified for the Grand Finale of the Pastry World Cup, which will take place on January 20th and 21st, 2023 during Sirha Lyon.

As the host country of these African selections, Morocco has established itself as the reference country of pastry on the African continent by taking the first place of the African Pastry Cup podium. Led by Abdelkader Ejjatioui and Ali Gousaid, the Moroccan team seduced the jury with its creations and working techniques.

The next stage of these 2022 continental selections is the Asian Pastry Cup on October 25th and 26th (Singapore) during which the last teams will qualify to participate in the Grand Finale.