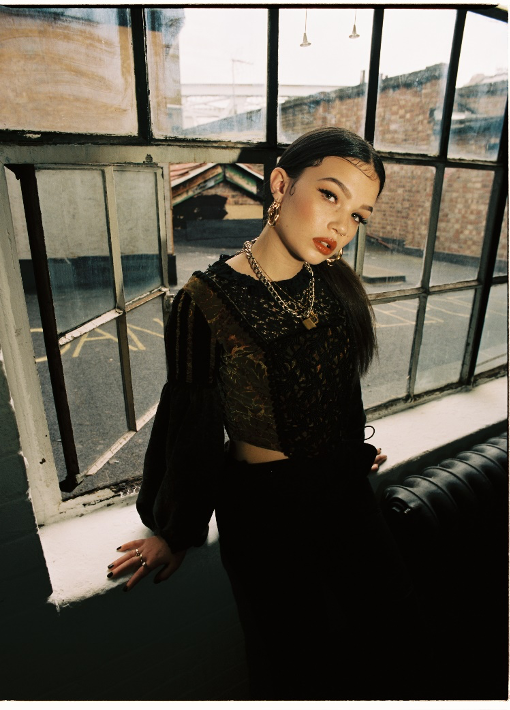 “The singer-songwriter has her own, uniquely raw take on music.” Hunger Magazine

“Lola Young has the most powerful and affecting voice we’ve heard in some time…the young singer is gaining ground fast.” Dummy

Produced by long-time collaborator Manuka, ‘Pick Me Up’ is another slice of Lola’s wry and intelligent song writing, showing her at her soulful best; keeping the lyrics honest and insightful and ever utilising her incredible vocal range.

For Lola, “Pick Me Up is about the struggles of a relationship, and the highs and lows of being in love but also the difficulty of feeling like you only want a person more when they ‘let you down’.”

‘Pick Me Up’ follows on from Lola’s debut body of work Intro, released back in November which marked the moment Lola became one of the most exciting new up-and-coming names in the UK. Early tracks such as ‘6 Feet Under’ and ‘Blind Love’ picked up huge radio support from the likes of Annie Mac, Benji B, Giles Peterson, Jo Wiley, Mistajam and DJ Target while simultaneously securing Lola’s position on the 2020 ones to watch lists for the likes of Dummy, Evening Standard, The i, The Sun and CLASH.

Fiercely independent and exceptionally talented, 19-year-old Lola has an undeniable creative focus and as a live performer she is captivating and uncompromising. Drawing on a unique gift for writing songs that encapsulate and explore the human condition; Lola is able to delve into her feelings and turn extremely personal emotions into something every listener can relate to. It’s potential like this that makes the South London artist an extremely exciting new talent that’s set for huge things.