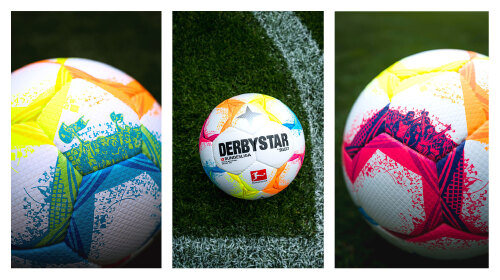 Ever since the company was founded in 1968, DERBYSTAR has specialised in the production of hand‑stitched balls and was among the first manufacturers to make balls using synthetic materials. DERBYSTAR, which belongs to the SELECT Sport Group, was already represented in the German top flight in the 1970s – initially thanks to numerous partnerships with clubs – before DERBYSTAR balls were used for all 306 Bundesliga matches in the 1979-80 season.
Compartir Compartir en Facebook Tuitear Tuitear en Twitter Hacer pin Pinear en Pinterest