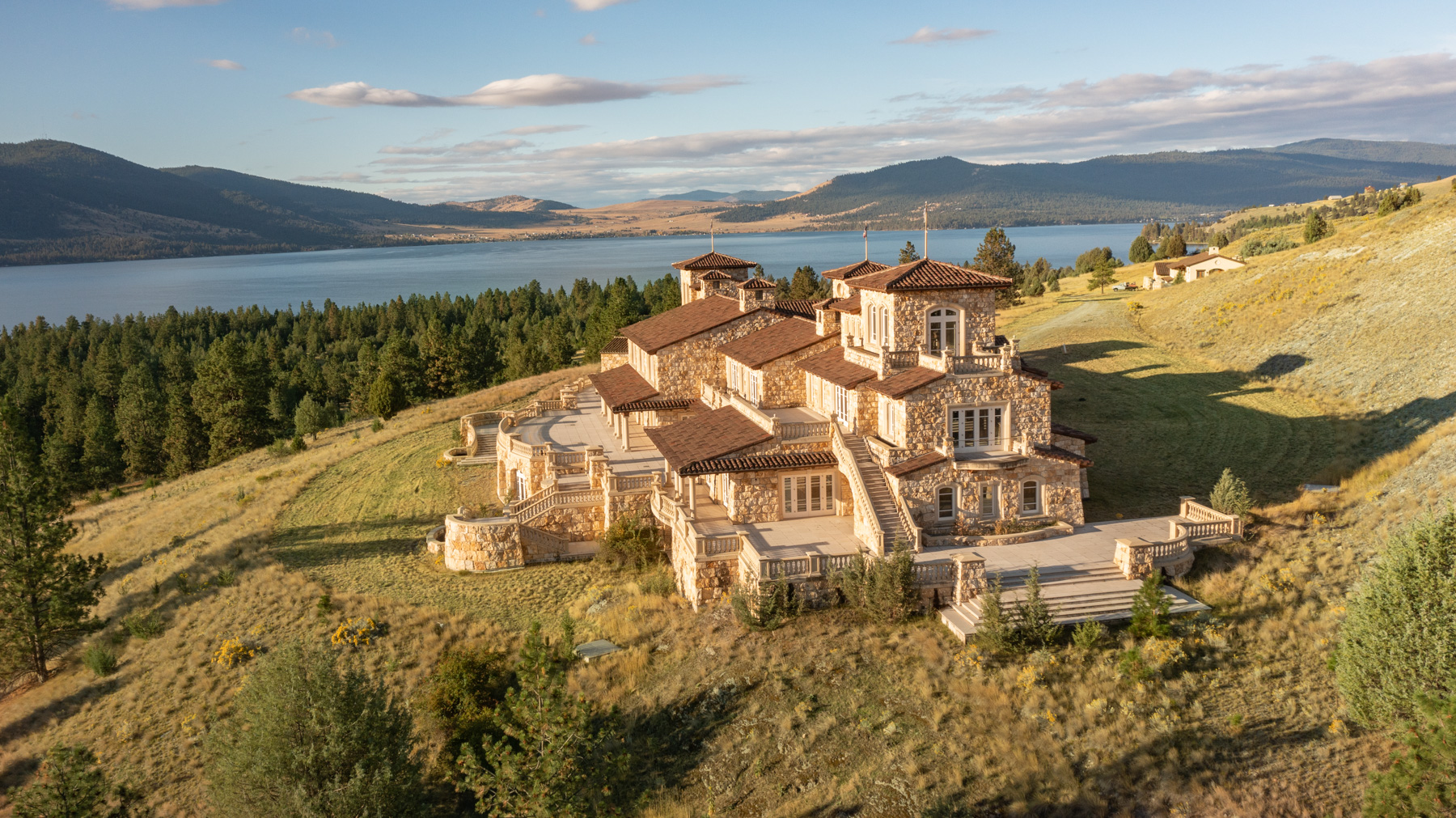 Cromwell Island and an unfinished mansion on the island are for sale. According to legend, a lake monster lurks nearby.

Legend has it that Montana’s Flathead Lake is home to Flessie, a water monster decked out in deer antlers. Cromwell Island and an unfinished mansion on the island in the center of Flathead Lake are for sale and featured this week at TopTenRealEstateDeals.com. Photos & video media permission available at: http://bit.ly/toptenmedia.

Although Montana has one of the smallest populations of America’s 50 states - about one-eighth the size of New York City - the state has become a hot spot for celebrities. While Beverly Hills and New York are always the favorite towns for celebrities to live most of the year, many are buying second homes in Big Sky country. Propelled by Covid, a quest for a simpler life, and a break from the Hollywood craziness, more and more celebrities including Justin Timberlake and Jessica Biel, Tom Brady, and Bill Gates own homes in Montana. And Ben Affleck, where he and Jennifer Lopez reignited their love life in 2021 at Ben’s seven-bedroom home in the super-upscale Yellowstone Club community.

For celebrities or anyone who aspires to a place in Montana, one of the most interesting offerings is the newly listed Cromwell Island in the center of Flathead Lake. Even larger than Lake Tahoe, Flathead Lake is the largest natural inland body of water west of the Mississippi. Cromwell is sited in the center of the lake with approximately 2,900 feet of shoreline and was purchased by antique collector and explorer Robert M. Lee in the late 1980s. He and his wife built the exterior shell of a 45,000-square-foot home and a guest house which they completed. Lee died in 2016 before the interior of the main house was completed. Though only the exterior of the home is complete, it gives the buyer free rein to design the interior layout exactly the way they want it, while living comfortably in the completed guest house. Views from the island are striking with the snowcapped Mission Mountains in the distance and the varying shades of blue in the water as the sun moves east to west.

Legend has it that much like Loch Ness, Flathead Lake has its own water monster, Flessie, decked out in deer antlers. The legend was started over a hundred years ago by the Kutenai Indian Tribe. A little more believable than Loch Ness’s Nessie, rural folks know that in the fall, a buck will swim until he drowns from exhaustion in pursuit of a pretty doe. A hundred years later, the occasional sighting on the lake is still being reported. The perfect perch to view the lake with binoculars is from this $72 million home on the island.