"It is an immense pleasure to announce that talented and world-renowned Master Chef Graham Elliott has joined the Polynesian Cultural Center's ‘ohana as executive chef of Pounders Restaurant,” said Greg Maples, vice president of food services at the Polynesian Cultural Center. “Needless to say, we are honored and excited to have him with us. Chef Graham brings a level of expertise and instinct that inspires everyone around him."

"I am thrilled to become a part of the movement toward utilizing the natural resources that surround us to provide a unique and enjoyable dining experience on the North Shore of O‘ahu." “Said Elliot, ‘One of our first steps will be  introducing a new menu filled with delicious ingredient combinations from land and sea, with a focus on casual dining and island flavors.”

The new menu will showcase Elliot’s creative takes on local favorites such as the ‘ahi tataki salad and huli-huli chicken, as well as the restaurant’s signature Pounders Burger. When possible, the menu will also spotlight locally sourced ingredients, including produce from the restaurant’s own Pounders Garden.

Graham Elliot arrives at Pounders with a long list of accolades as an award-winning chef, restaurateur, television personality and cookbook author, including multiple James Beard Foundation nominations. In 2004, at age 27, Elliot became the youngest four-star chef named in any major U.S. city and was honored as one of Food and Wine magazine’s Best New Chefs.  Elliot opened his eponymous restaurant, Graham Elliot, which went on to become one of only 15 restaurants in the U.S. to be awarded two Michelin stars in 2008. In 2016, after 10 seasons with the MasterChef and MasterChef Junior FOX TV cooking competition franchise, Elliot departed to join the Emmy Award-winning Bravo TV cooking competition Top Chef as one of its full-time judges. He was also the host and star of the Bravotv.com digital series Going Off the Menu.

Pounders Restaurant offers a 9,000-square-foot indoor-outdoor layout and can accommodate approximately 200 customers at full capacity. Customers are offered the option of dining inside the restaurant in air-conditioned comfort or outside in its covered, open-air lānai facing the interior of the Hukilau Marketplace. Pounders’  kitchen features a kiawe wood-burning brick oven and the restaurant’s beautifully designed interior décor includes solid-wood furnishings and artwork highlighted by a mural crafted with driftwood.

For more information on the Pounders Restaurant, visit www.poundersrestaurant.com.

Membership in the ‘Ohana Club is free for all Hawai‘i residents with a valid Hawai‘i ID. Registration for the ‘Ohana Club may be completed online at www.polynesia.com/residents, or by calling the Polynesian Cultural Center’s Ticketing Office at (808) 293-3333. 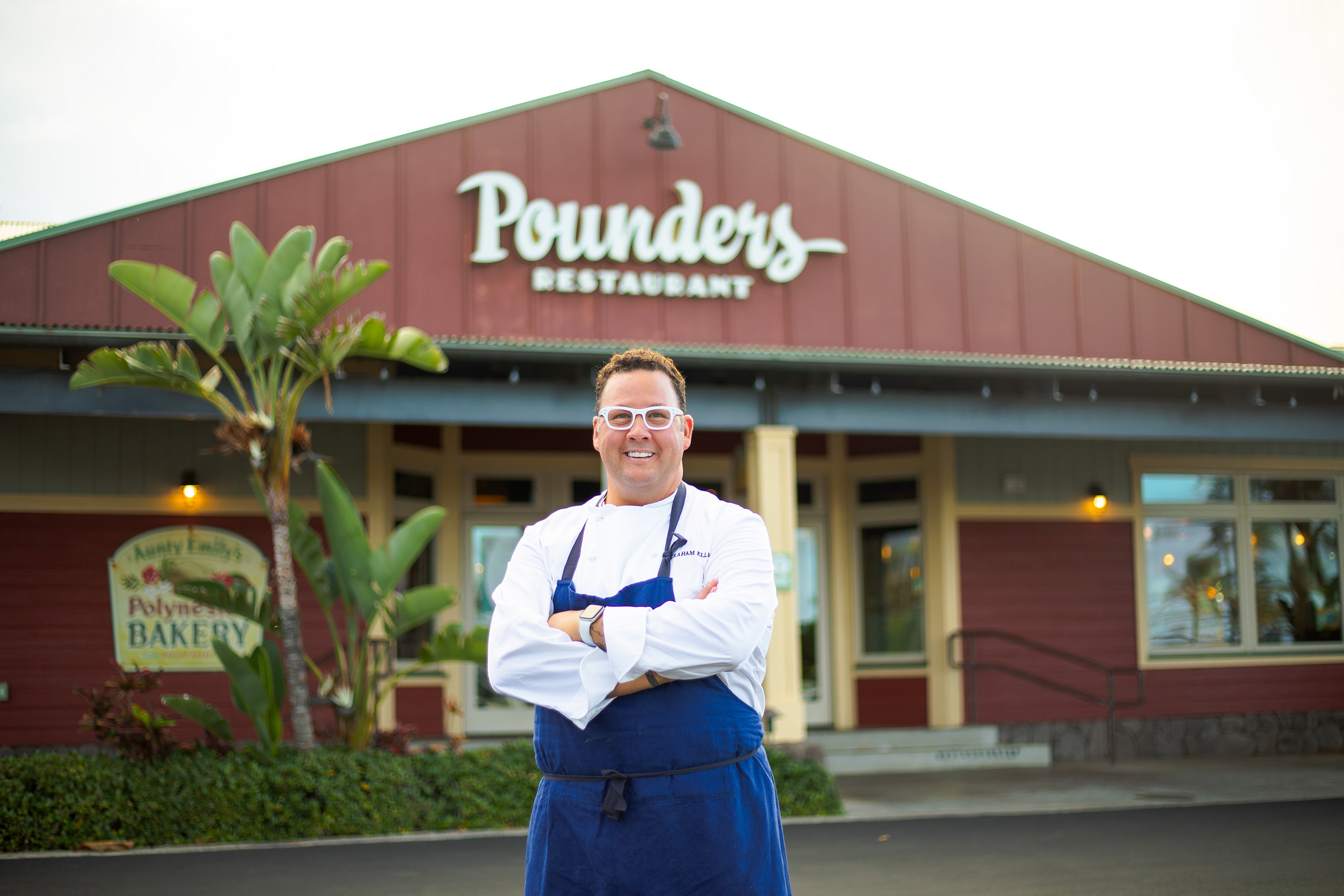 Named after Pounders Beach, Lā‘ie’s renowned bodysurfing beach, Pounders Restaurant is the flagship restaurant within the Polynesian Cultural Center’s Hukilau Marketplace, a shopping and dining complex with a 1950s flair, which opened early in 2015 and is located at the Center’s entrance in beautiful Lā‘ie, North Shore, O‘ahu, Hawai‘i.